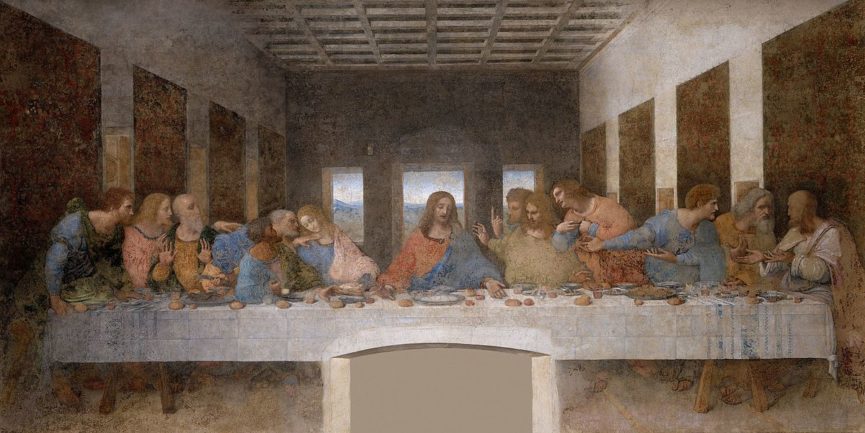 For the past few days, I have spent my time in Scripture focused on the last week, the week we call “Holy Week.” This is the week from Palm Sunday when Jesus enters Jerusalem for the final time and Easter Sunday when Jesus is raised from the dead. In particular, I have been focused on Luke’s version of the Last Supper and what happens in the upper room on the night before Jesus is crucified. If you are curious this is Luke 22:7-38.

Most of us know the part of the story where Jesus, as they are sharing the meal together, breaks bread and passes the cup. This is the part of the story we remember every time we share Holy Communion as we remember what Christ did for us on the cross. However, just after that, just after Jesus shares this really important moment, three other things happen in Luke’s Gospel before Jesus leaves to pray in the garden.

Second, we have Jesus’ prediction of Peter’s denial. Jesus shares this special moment with Peter and he tells him that he is going to be tested. Jesus says that he is praying that his faith will not fail, but then he says to Peter that after you turn back, meaning that his faith will falter, that he will need to strengthen his brothers. Jesus knows that Peter is going to falter, but he also knows that he will come back and be the Rock on which the church is built. Then we get the moment we all know, when Peter basically tells Jesus no, that he is ready to follow him to the cross even, and then Jesus tells him that he will even deny knowing Jesus 3 times before the cock crows.

Lastly, we have more explanations about how Jesus is fulfilling prophecy and this moment when Jesus is preparing his disciples for life without him. When Jesus says that he is to be counted among the criminals, he is talking about how he will be crucified with the two other criminals. Then this business with the purse, bag, and swords is a way of Jesus telling them to be prepared for the hard life ahead. He was not only foreshadowing his own death and the details of how it fulfills Scripture, but he was also telling them about the upcoming persecutions that they and the early church would face.

As we prepare to enter Holy Week, I think these other details of the Last Supper can bring us a few things to learn. Much of the focus of Holy Week is on the events of Palm Sunday, Maundy Thursday, Good Friday, and Easter, but sometimes the details get lost. I hope that you remember the details. We all need to be reminded that the greatest in the Kingdom of God is the one who humbly serves others. We need to remember that even the strongest of us fail at times, but there is always redemption. We also need to remember that we need to be prepared for faithful service because we do not know when we will really be called upon to act.

May you have a blessed and holy — Holy Week.